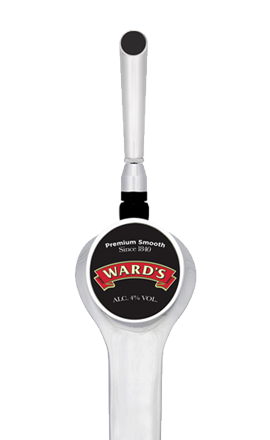 Ward’s best bitter was originally brewed in Sheffield by Ward’s Brewery. Robinsons acquired the brand in 2003 and brewed Ward’s as cask ale until 2005 when it became available in keg. Since then the popularity of Ward’s has grown from strength to strength, especially in the Sheffield area, where it first originated in 1840.

This outstanding full flavoured golden bitter, brewed to its original Sheffield recipe, is an interesting blend of toasted biscuit and mellow citrus flavours perfectly balanced by an unusual sweet and mineral background and subtle hop aroma.